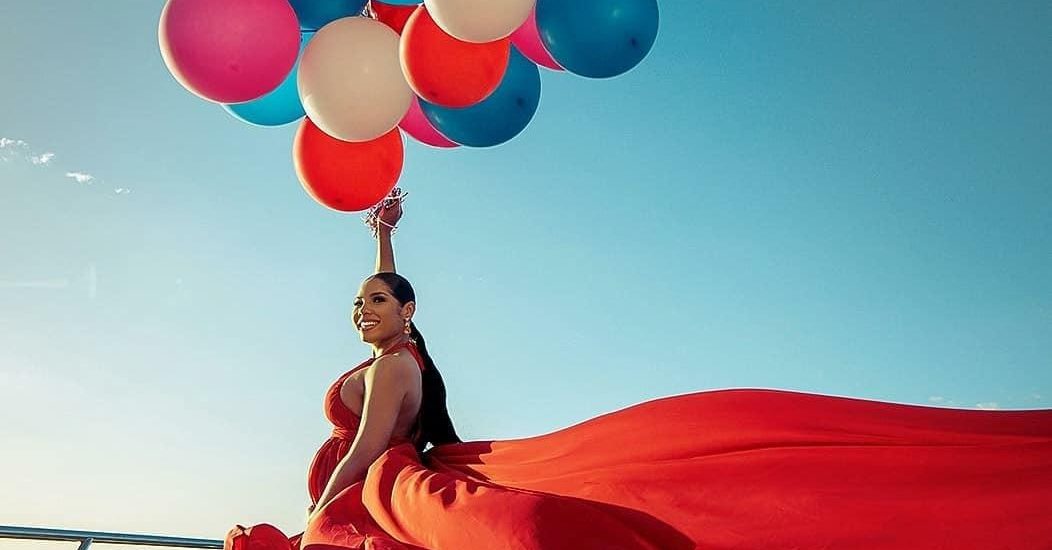 Usain Bolt and his Jamaican girlfriend Kasi Bennett have both announced they are expecting their first ‘golden child’ adding to the gold medals the fastest man in the world has acquired. However, their first baby would top any gold medal as the excited couple revealed the great news on their instagram pages.

The retired Athlete Usain who is 33 years old confirmed on his Instagram on Thursday morning posting with a caption ‘I just want to say a KING or QUEEN is about to be HERE tagging his queen @kasi.b who looked absolutely stunning in her pregnancy announcement reveal rocking a red maternity photoshoot dress.

The beautiful Kasi B, glammed by the popular Jamaican makeup artist and bridal MUA @suethemakeupgirl, wore a maternity dress designed by @kadiannicelyexclusive. The maternity photoshoot dress was styled by the creative stylist director @bootlegrocstar and hair styled by @hairbyjhade. The mother of the ‘golden child’ was glammed to perfection by an amazing team.

Kasi, who has been dating Usain for several years, posted similar images on her own Instagram page with the caption ‘Our golden child ❤️ Coming soon…‘

We here for their love but it’s about time Usain mans up and make the gorgeious Kasi his queen for lifey. What are your thoughts, is Baby Bolt going to be a King or Queen? That’s now 3 Jamaican celebrities expecting their baby in 2020, Safaree who recently got married as well as Warren Weir who confirmed their baby announcement in December 2019. Congrats are in order to them all. 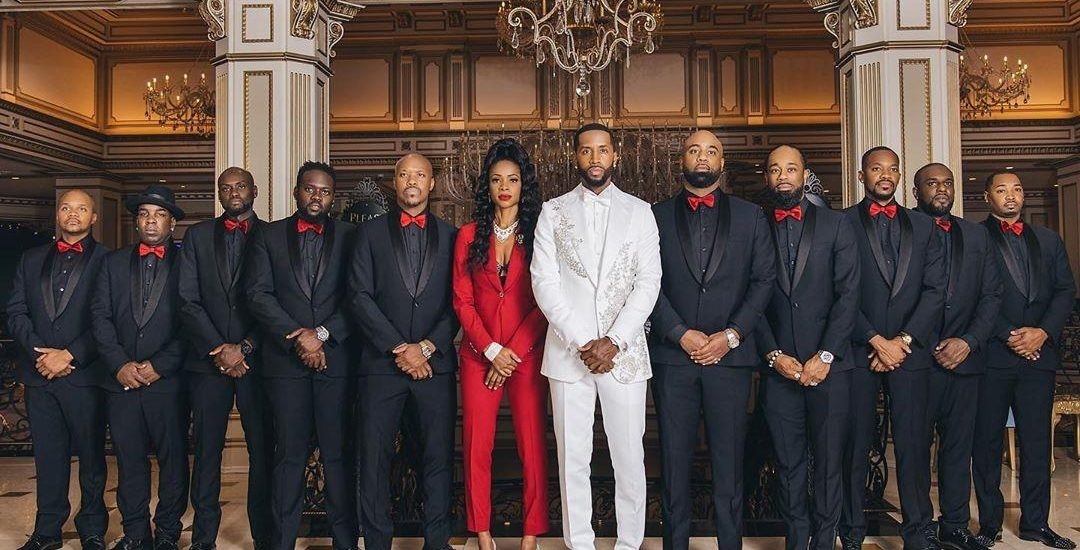 Safaree and Erica Mena’s wedding was everything ‘fabulouso’. They tied the knot in a lavish ceremony at The Legacy Castle in New Jersey last year in October. The Love and Hip Hop stars repping Jamaican 🇯🇲 Dominican and Puerto Rican 🇩🇴🇵🇷 heritage are one of our fave celebrity couples and we rooting for them. The true love that transpires between them is so strong you could feel it from anywhere. Safaree adores Erica so much and vice versa you could feel every trickle of tear filled with true emotions and adoration during their wedding vows.

Visit My Afro Caribbean Wedding to read the full story, wedding photos and videos of the exquisite Safaree and Erica’s stunning wedding. 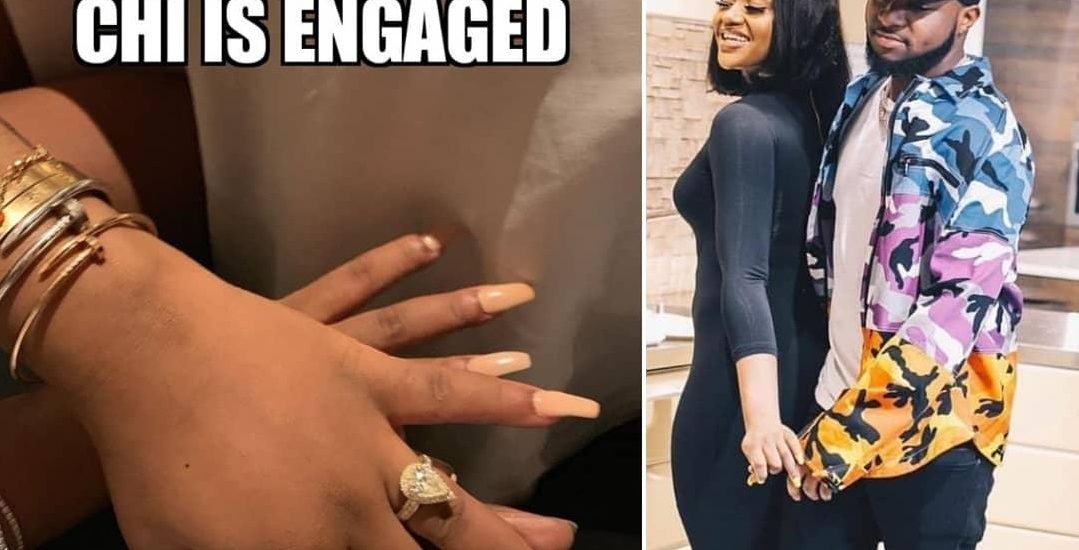 Checkout Davido’s Proposal!! Nigerian music super star Davido is engaged to Chef Chioma finally sealing the assurance promise he made to her. Davido who has been dating his bae Chef Chioma for awhile posted late on 12th of September on his instagram confirming their engagement.

The proposal wasn’t a surprise to us though as we knew it was coming soon or he might have even proposed to her earlier than we thought. Just a few days ago, Davido posted a picture of his family and hers as they held a marriage introduction which is part of a Nigerian tradition where the families meet each other at the bride’s parents’ house to get to know the other members of the family with some light entertainment and food.

The Nigerian pop superstar has been dating Chioma for a while now and often refers to her as wifey. Now he’s definitely sealed the assurance with a gorgeous pear-shaped diamond engagement ring by designed by the one and only Diamonds by Dorgu, a British black-owned jewelry firm by Timi Dorgu. The 2 love birds be serving up couple goals no doubt.

Davido and his family recently held a marriage introduction with the family of Chioma. The families have set things in motion for a wedding ceremony between their children Davido and Chioma. Get your Nigerian Yoruba and Igbo Traditional Outfits ready people, #Chivido2020 loading. Time to eat Jollof rice, we here for this.

Just had an event or just got married? Share your beautiful love story with us for a chance to get featured. Submit your love stories and send us all your media contents.

There has been a problem with your Instagram Feed.
Read More

About My Precious World Marketplace

My Precious World is a party, events, travel, business and wedding planning marketplace where Black, Asian, Multicultural couples and families all over the world can find all the items and services they need to plan any event. Party item suppliers, Event vendors and Wedding vendors can register their business on our platform to sell their supplies and list their services. My Precious World is more than a business directory, it is an innovative marketplace with various online booking capabilities, client reservations, customer support, custom form enquiries for your listing, managing of staff, and planning tools features that allows any business owner to manage everything about their business online. Sign up, so you can begin to have a feel of your Precious business dashboard. Yes you, we are talking to you reading this. What you waiting for?